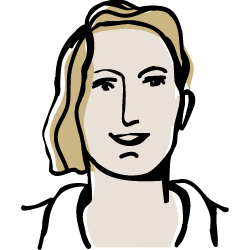 Anyone can clean out their car and add an air freshener or two, but it takes a little creativity to learn how to make your car truly special. I still remember the day I bought my first car. I headed straight to the store to pick up some seat covers and a new gear knob. Although these were small additions, they made my car unique and special. This blog is all about helping you to find the auto accessories that will make your ride pop. Check out this information for neat ideas, interesting safety tips, and all kinds of advice about cars.

Exhaust systems that are sold online can be comple …

Having an RV is an amazing experience because it m …

Dealing with snow and ice the right way is importa …

Own Your Own Business And Need To Advertise? Use Vehicle Wraps To Get The Word Out
6 December 2018

If you own your own business and need to advertise …

A handgun purchase can be a valuable investment, w …

Car window tints are designed to provide privacy and protection from UV rays while driving. However, despite the fact that all window tints perform the same function, there are several different types of window tints currently available on the market, each of which possesses a distinctive set of advantages and disadvantages. Understanding the differences between the various types of automotive window tints available can help you choose the best option for your vehicle's needs.

Dyed window tinting film is the most common type of automotive window tint on the market, largely because of its extremely affordable price point. Dyed window film provides a small amount of privacy within your vehicle and will also block out some UV radiation and heat, helping to keep your car cool in the summer.

However, it should be kept in mind that dyed window film will slowly fade over time, which means you will likely need to replace the film entirely after a few years, driving up your long run maintenance costs. Furthermore, dyed window film does not provide the same amount of heat reduction or UV protection that other types of window tinting do.

However, besides the higher price point that metallic window tinting runs when compared to dyed window film, metallic window films can also interfere with cellphone signals and disrupt your GPS, which can be a major annoyance while driving.

Carbon window film tinting has carbon elements within the film itself, providing a darker tint and higher level of heat and UV protection than dyed window films, but it also does not have the metal content of metallic film, allowing you to continue to use electronic devices successfully while driving. Further, carbon film will not fade over time like dyed film does.

However, carbon window tinting film is fairly expensive to have installed, which makes it less than ideal for those car owners with a tight budget. Further, it does not provide the same protection to the glass of your car windows as metallic film does and can become damaged easily due to general wear and tear, which means you will have to have the film replaced.